“Dream up the kind of world you want to live in. Dream out loud.” ~ Bono

I “Red Zone’d” it on the first night of the U2 iNNOCENCE + eXPERIENCE Tour 2015 Concert in the Los Angeles Area.
I found a small platform connected to the rail and claimed it as real estate for the night’s concert.  It served me well. Stepping upon it gave me a completely unobstructed view of the concert arena and stages.  In my whole life of concert goings (which is a long one), this was up there with The Beatles.  Being short in height and able to be above it all at close range was a once in a lifetime experience. 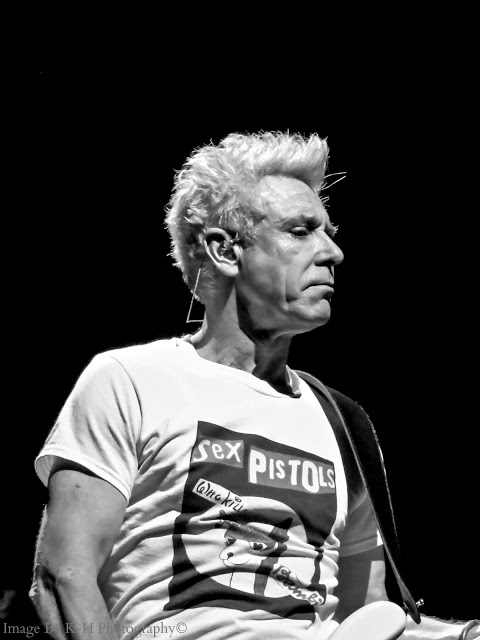 We were allowed to bring in cameras with no change out lenses so I brought my Canon SX280HS point and shoot, (no flash during concert rule). Low light seems to always be a challenge, however, I got a few I am pleased with. Posting a couple here.  Being on the North side of the Zone, gave it’s negative to getting good shots of The Edge, however, Adam gave us a full force for photo ops. 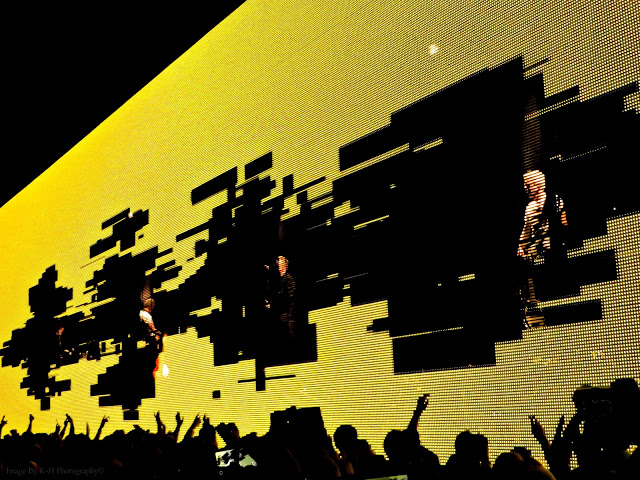 The stage was set up in a way where there is no backdrop behind the band.  In other words, everyone has a sight on the players.  The center had this light tunnel so to speak (above) where the band was able to walk into and play to the outcome of the lights throughout the arena.  If anyone has been to the original strip in Vegas with all the ceiling lights, this was akin to that, but the band could go inside via a drop ladder, and the lights were on the sides. The existing catwalk below the stage allowed the members of the band to play in all directions.  Very nice for all to experience this show.

Here, Adam and Larry have a moment that seems sealed in time.
The music on this tour is incredible and as corny as this sounds, the love and power that is joined with this tour’s music equaled the vibe for the evening.

It was extraordinary, to say the least.

With the charities that this band backs, the Red Zone gives its money back when one buys the ticket for this section.  This band actually has a team running around the venue outside before the concert with various petitions hoping for signatures to help end hunger and bettering humanity. Can’t beat that. Can’t beat the photo ops they allow either. Few bands will let people bring cameras in… this one does. Just like the old days. Extraordinary musicians. Extraordinary humanitarians.

U2. If another ticket comes my way in the future… it’s a done deal.

Thanks for stopping in.