I have written before of my brother and I enjoying the darkroom days together.  All black and white coming into sight slowly but surely, dripping chemicals, and praying that nobody opened the door to the basement.  We timed things perfectly… sometimes.  We didn’t have a warning light on the door, just the light needed to develop and a Timex watch for watching the progress.  Silence and holding our breath was bigtime.

On a trip to Lake Tahoe.  I took this photo of him at the Ponderosa Ranch.  He was about 16.

I can remember not going into *the room* when color film became more common for Peter’s way of shooting.   After all, it was *his* darkroom and I was only his helper *if that* so telling him I liked B&W much more, he could have cared less.  At that time I didn’t even have a camera that was new.  They were handed down to me including the Instamatic and Grandpas, and rarely worked, let alone afford film to put in them.  He was the owner and CEO of The Room.  Now I am the keeper of some of his photos, as he is passed.  Still, those memories have stayed even though the developing process has faded in my mind.

I like how his shadow is there beside us.  Well planned for him just beginning.

I have a load full of negatives that I scan when time allows.    This one is my youngest brother and me.  Peter is the shadow taking the photo.  The year was 1968 just a few months before moving to Alameda where I began High School and Peter began a serious hobby of darkroom happiness in the basement of the Tilden House.

While deciding what to photograph for this week on Cee’s Black & White Challenge, all I could think of was that dark room in the basement.  I snapped a plate full of negatives which are all over the place right now because of organizing everything, and in knowing Cee has an “open topic” this week it was helpful having my photo boxes in front of my face.  The fact I got to break in a new lens was even better *happy face*.

The featured image and the one below were shot with the new Macro 100mm on the 5d Mark III.  Getting this close is going to be fun.  I could never read the word “film” below without magnifying glasses and this lens has great clarification.  I didn’t have to do anything to the shot at all except watermark it and take the saturation all the way down.  Swift and clean. 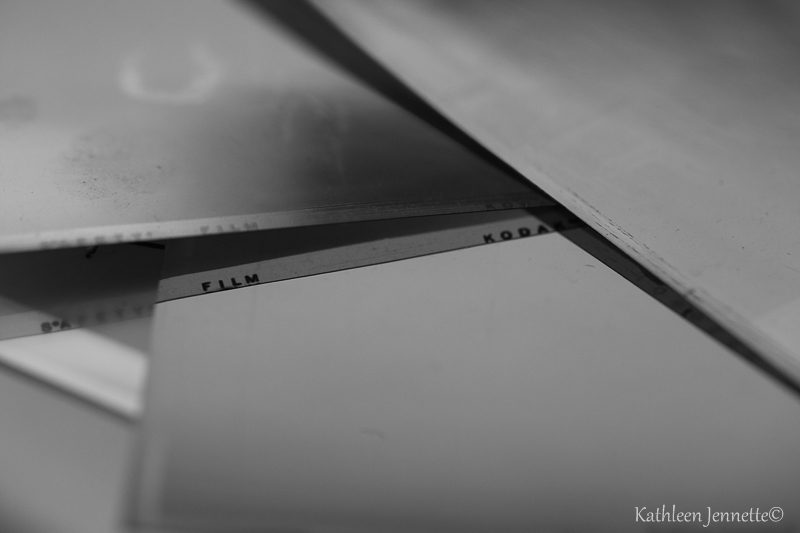 The photo below was one of the negatives above.  It must have been taken sometime in 1972-1973ish.  You can see my graduation photos on the mantle.  My brother looked very dapper in the 70’s.  He never liked to drink or dress funky.  To see him grungy back then would be a shock.   He was very grounded when he wanted to be and this photo shows just that.
*the rabbit ear’ed tv is killer*.

I have hit Yosemite instead of my brother (he always wanted to shoot there) and have thought of him often while photographing,  a whisper in my ear to get that one pic is all I need from him.  He was a creative guy and could do just about anything he put his mind to.  So I am happy to share this little tale here while being a part of Cee’s Black & White Photo Challenge.  It was fun to remember being Peter’s shadow in that room.
Thanks for stopping in.